It’s official: Walter Munk will forever be a part of the seascape! 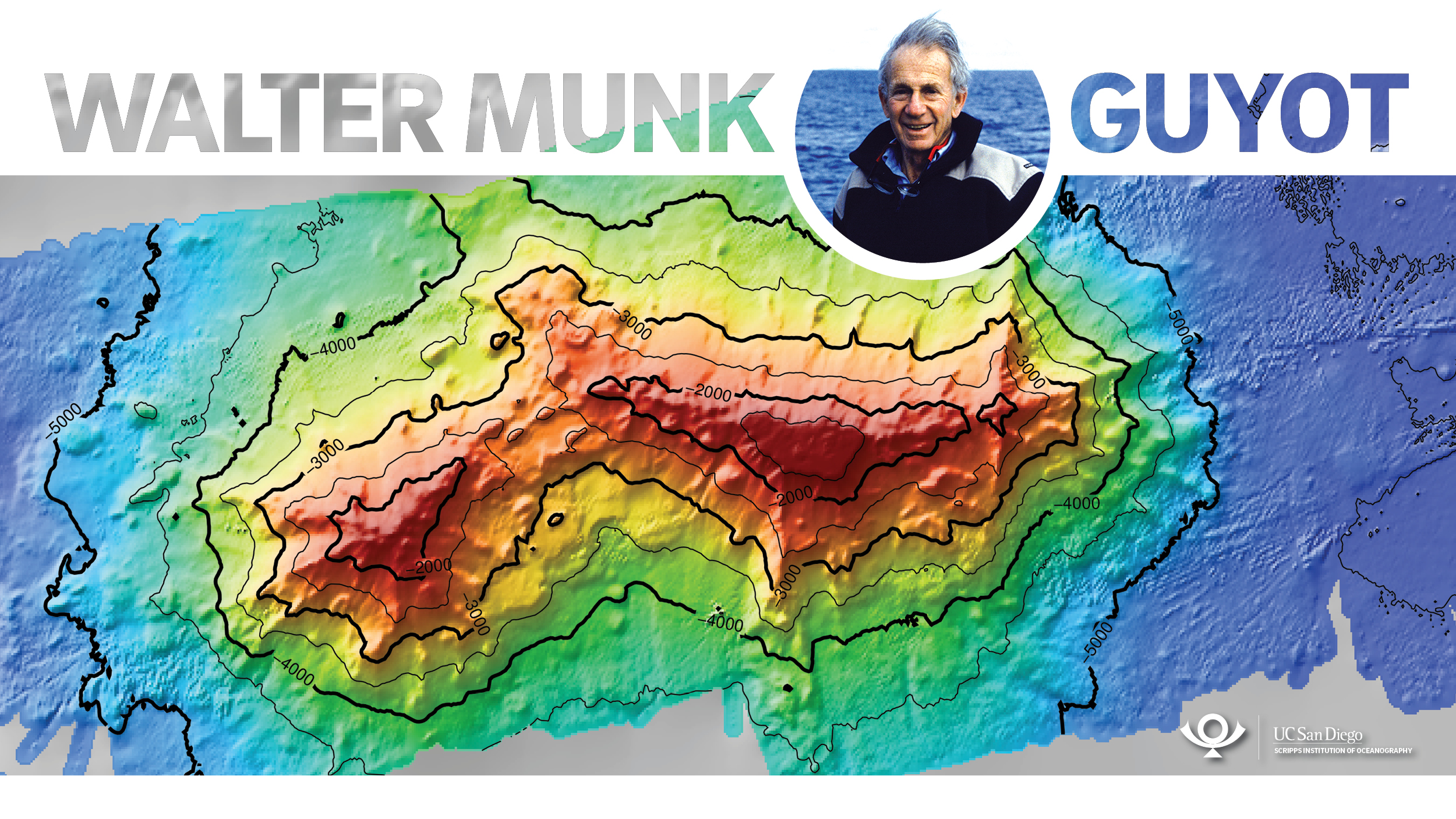 The International Hydrographic Office has approved the naming of the Walter Munk Guyot to honor IGPP’s founding director, the Einstein of the Oceans, for his contributions to science which "were measured not only in terms of the new knowledge his research yielded, but in the quality and diversity of the questions he considered.” 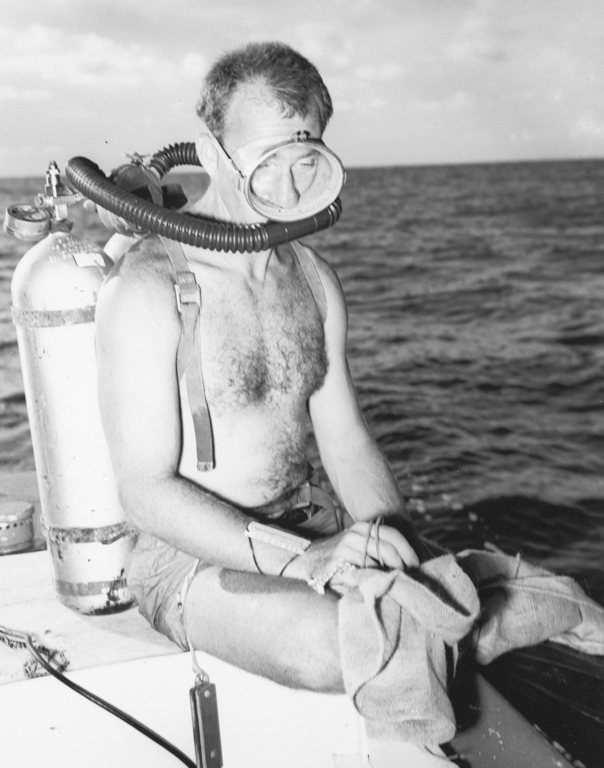 The Walter Munk Guyot is 1000 miles WSW of Honolulu. It was mapped from the Scripps RV Sally Ride, on a transit between Hawaii and Guam. The Walter Munk Guyot is very large with a broad, level top that sits 1397m below sea level and descends to 5200m (the guyot's height is 3803m or 12500 feet). The guyot was an island above sea level for ~20 million years initially formed by volcanic activity; wave erosion over time destroyed the top of the seamount resulting in a flattened shape. (Learn more in this paper by Bill Menard on Origin of Guyots). There are only 187 named guyots in the GEBCO database and at least 10 have been named in honor of Scripps Institution of Oceanography research or researchers:

The Walter Munk Guyot is located in the Mid Pacific Mountains area, among good friends..